Marble-effect paint: a decorative effect that reverberates with life

Marble-effect paint: a decorative effect that bespeaks the living beauty of nature

Every conception that a man can find
is in the stone itself, already there
concealed in excess, but will still require
a hand to free it that obeys the mind.

Who could express the magic of marble more aptly than the very artist who used it to create the most beautiful works in the history of art?

The term marble comes from the Ancient Greek marmairon, meaning “to shine”. And in ancient times, this word also indicated any stones or rocks which lent themselves to polishing. The term originates from a beautiful white stone known as Proconnesian marble, quarried from the island of Marmara. It was one of the first ancient materials to have been cut into slabs and exported not only to Pompeii, Rome, the banks of the Danube and other places, but also used to build the city of Constantinople.

A “perfectly imperfect” patterning that only nature can successfully create, an exquisite veining and an infinite range of colours that are never the same are just some of the features of marble that sculptors and artists have been enamoured of over the ages.

It is an undying love, because the years go by, fashions and historical periods come and go, but marble exerts exactly the same allure as before.

The decorative function of marble has changed substantially over the years. It often happened that any desire to use this material to embellish our houses was stifled by the costs involved and we ended up settling for more affordable options.

But over time marble (used as a protective decorative layer) has progressively thinned out and has been transformed into extremely slender decorative slabs.

Over the years, technology has played a key part in creating alternatives that will allow to build marble-effect walls. It must be said, though, that the end result does not achieve quite the same effect as the real McCoy. Marble patterning and colouring on an artificial surface simply do not do justice to the spectacular gift that nature has given to mankind.

There are a variety of ways to achieve marble-effect walls, but decorative coverings are a particularly interesting method.

Naturally, marble-effect wall paint is not the same thing as genuine marble. Nevertheless, since these marbling colours are usually applied using artisanal methods, the “imperfections” created by the artisan’s expert hand are often comparable to the unrivalled beauty of Mother Nature.

By relying on his talent and skills, the artisan is able to create surfaces with veining, bands, cracks, marks and nuancing that “break down and replicate” the look of the real stone, accomplishing a marble-effect paint for interiors that is a close second to the exquisitely rare appearance of the original.

VALPAINT, a leading Italian company in the production of decorative paints and coatings, boasts a broad range, including solutions that draw on the unique features of marble and provide a stone effect that will enhance the patterning, texture and even the colouring of marble.

METEORE 10 MARMORIZZATO is our decorative solution for marble-effect walls. Since this product gives huge scope for personalisation, users will be able to achieve impactfully beautiful marbling-effect finishes to meet all aesthetic requirements. 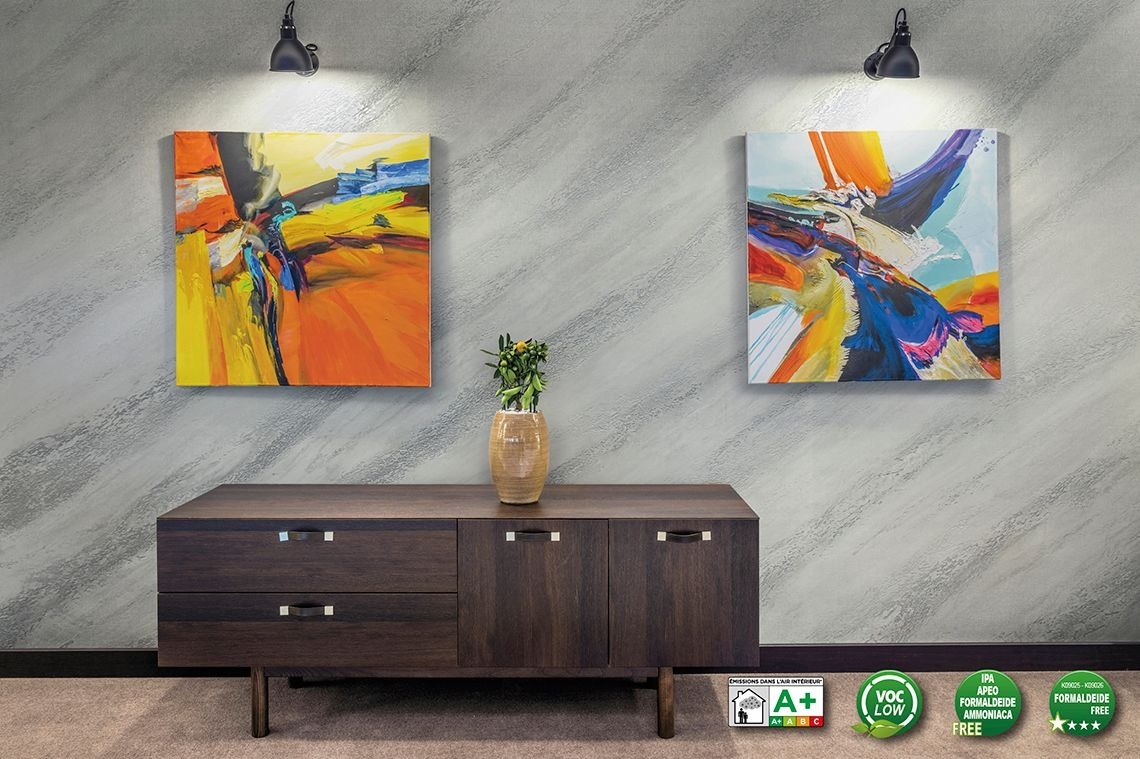 Marble-effect paint for interiors: the advantages of METEORE 10 MARMORIZZATO

• allows for achieving personalised decorative effects. Marbled paint is an elegant way to enhance surrounds and, with the right design choices, it can be refreshed with a modern twist whilst retaining all of its timeless appeal;
• with its surface texture, gives us the option of playing up both daylight and artificial light to obtain a dramatic effect. When suitably lit, the veining catches the light and casts shadows, almost creating the optical illusion of a vibrating surface, a part of the overall décor that is “brought to life” by the reverberations of the light;
• it is available in a series of different shades that can be personalised and adapted in order to obtain the desired result. The technique adopted for using marbled-effect paint leaves the decorator’s able hands free to customise not only the colour, but especially the variations of texture and pattern;
• it can be regarded as a furnishing accessory in the true sense of the word. In aesthetic terms, this marble-effect paint can be used to add a hint of colour or some graphic edge to any interior-design project. 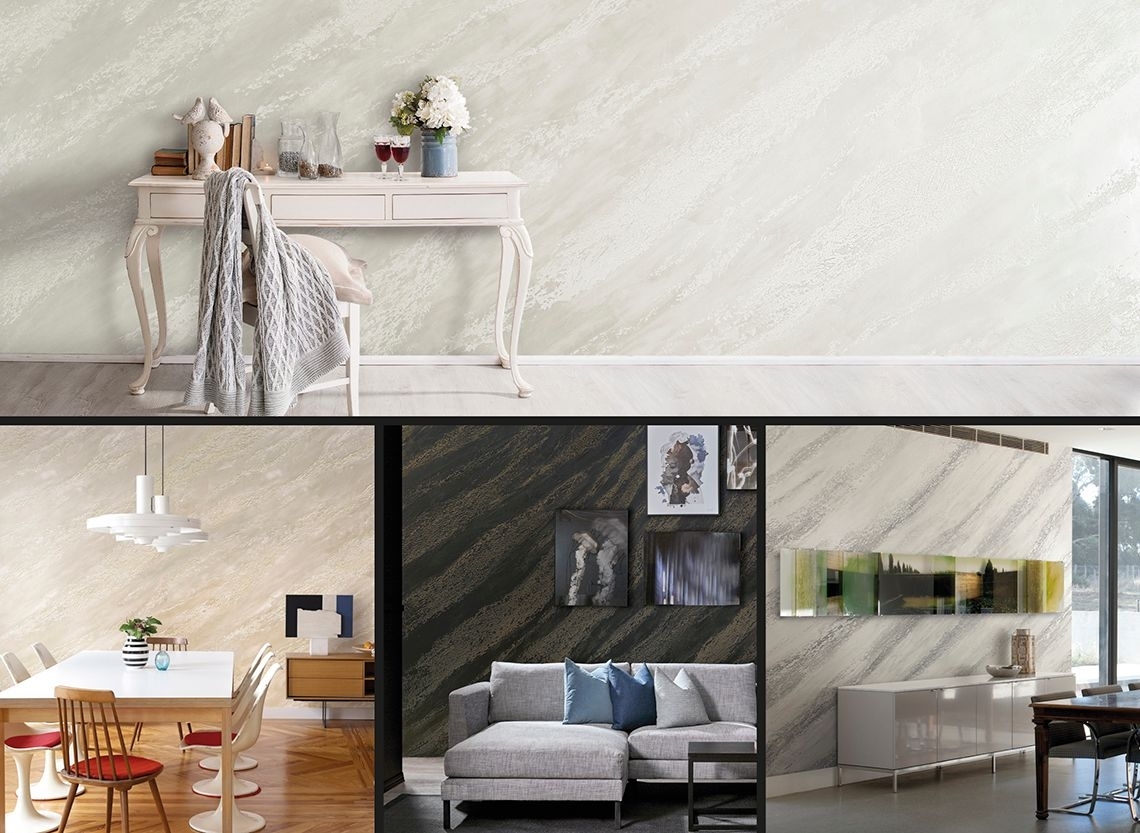 Prompted by the overwhelming success of this product, VALPAINT has been designing new formulas to update and improve its stone-effect paint.

This has led to the creation of new hues. So, now the traditional marble-effect paint is no longer just available in grey or black, but in a variety of new shades and different colour combinations (Are you curious to find out? Download the new catalogue)

The most innovative solutions for stone-effect painting

The superior aesthetics of marbling paint is not only confined to decorative coatings.

By adopting the same approach, VALPAINT has come up with other attractive solutions as well. Some of these solutions are products that bring out the beauty of marble patterning and colour while withstanding moisture in all those places where damp is an issue.

That being said, marble colouring on an artificial surface simply cannot match the spectacular complexity of Nature. Nonetheless, VALPAINT’s marble-effect paint collection is a reliable alternative for interior décor. The natural beauty of the original stone is to a certain extent recreated by man's intrinsic vision as he reworks this material and creates something that is aesthetically pleasing with his own exclusive flair. 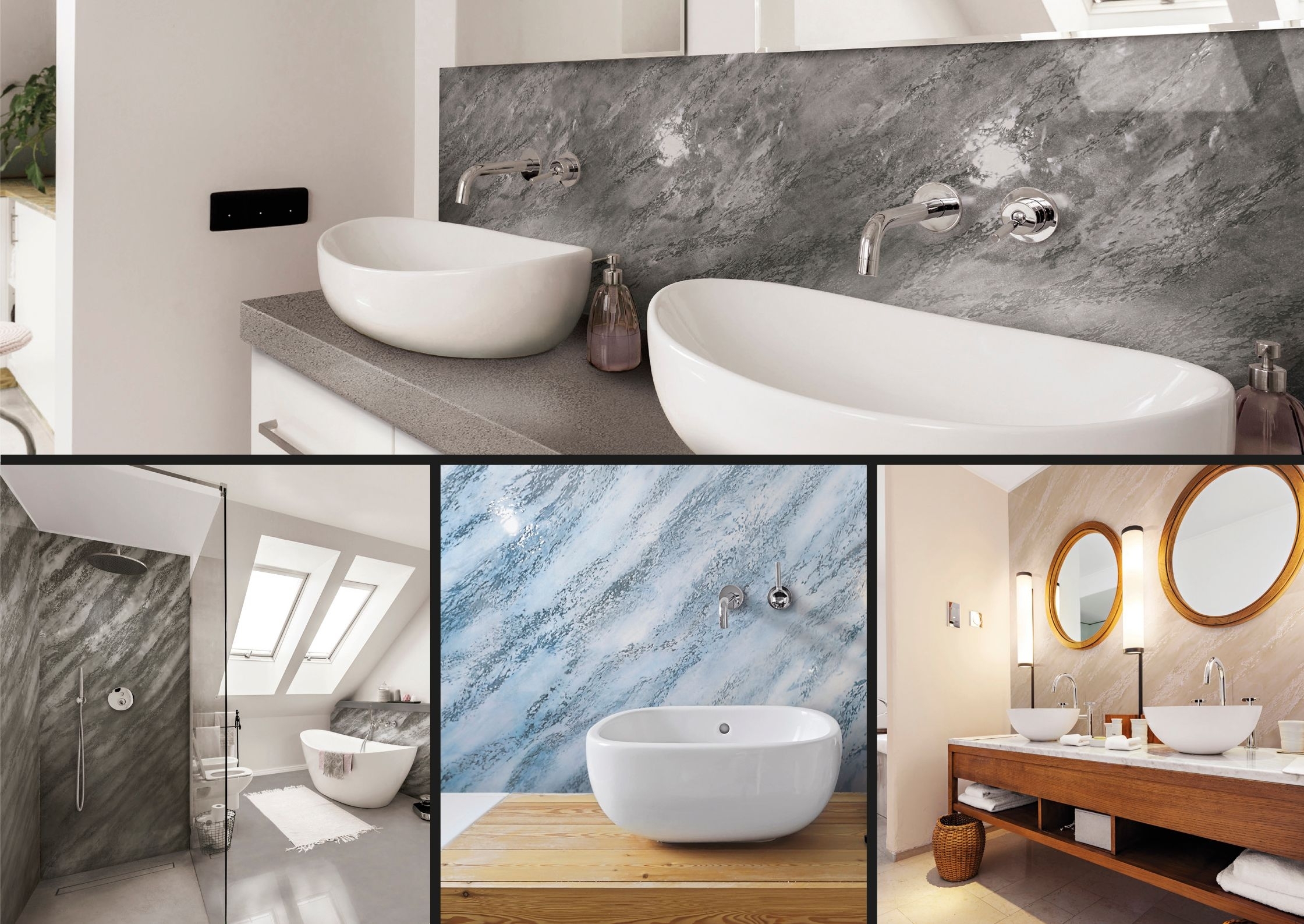