Ever heard of the Cave of Hands?

The Cueva de las Manos (its original name) is a cavern in the Pinturas Valley, deep in the heart of the Perito Moreno National Park in Patagonia. The cave is famous for its rock paintings of hands made by the indigenous people of the region approximately 13,000 years ago. The mineral inks were probably impressed on the rock using tools crafted from bone.

If we want to trace the origins of the wall stencil, this is probably where we should start looking. 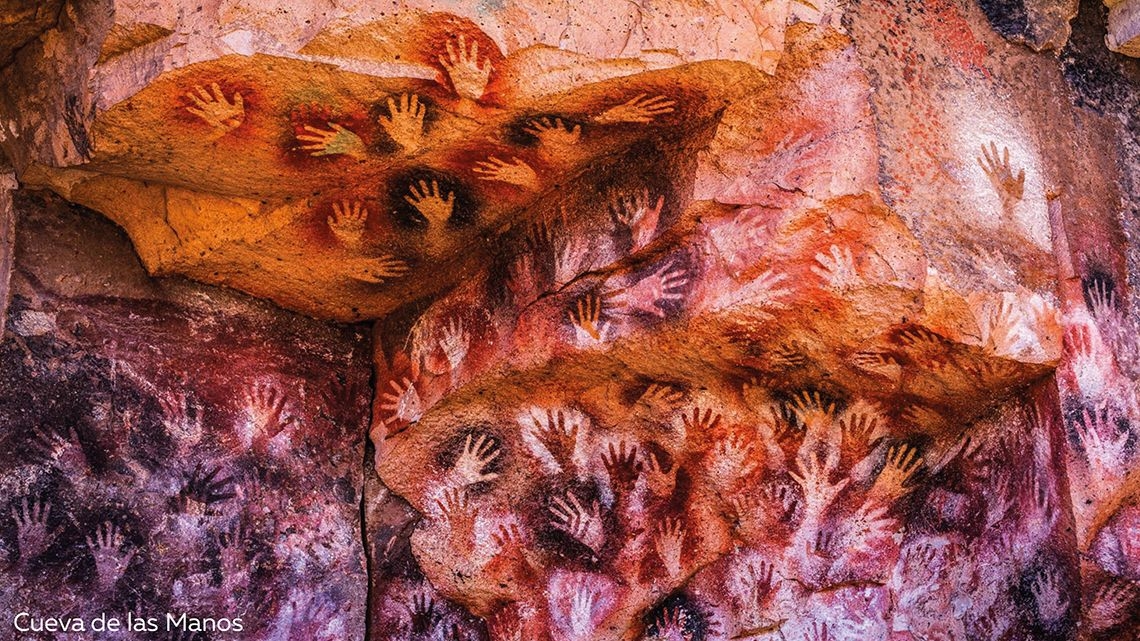 Years later, in China and Japan, people would beat fabric with banana leaves, using plant-based paints to make designs on the material. In Egypt, this technique was used to decorate the walls of pyramids and temples, to create murals and decorate ceramic pots and other items.

Artistic stencils first came into use in the 1980s, when the technique was already widely used in industrial and military fields, for protests and political propaganda. French artist Blek Le Rat, one of the leading pioneers of street art, brought this technique to public attention, covering the streets of Paris with images of rats created with stencils and black paint. His influence was such that even Banksy, now universally recognised as the most influential street artist, was quoted as saying, “Every time I think I've painted something slightly original, I find out that Blek le Rat has done it as well, only twenty years earlier”.

This little foray into art history helps us to understand the artistic power of decorative wall stencils. It is a technique that still has strong roots in the past and one that has since nurtured new forms of art. This historic value is a vital source of inspiration for contemporary artists, who draw on the evocative force of “what has been before” in order to recreate a mood that is retro, almost nostalgic, but also very current.

This reflection led to METEORE 10 CEMENTO – Vintage Effect, a natural water-based, textured paint for interiors designed by Valpaint to imitate the effect of concrete in its various forms. With the decorative stencil technique, using this paint as a base, it is possible to recreate images and textures that really make a statement and give a unique look to an interior space.

In this guide, our aim is to show you how this decorative technique can be used to decorate a new space, add interest, and create original design features without having to embark on a major renovation. 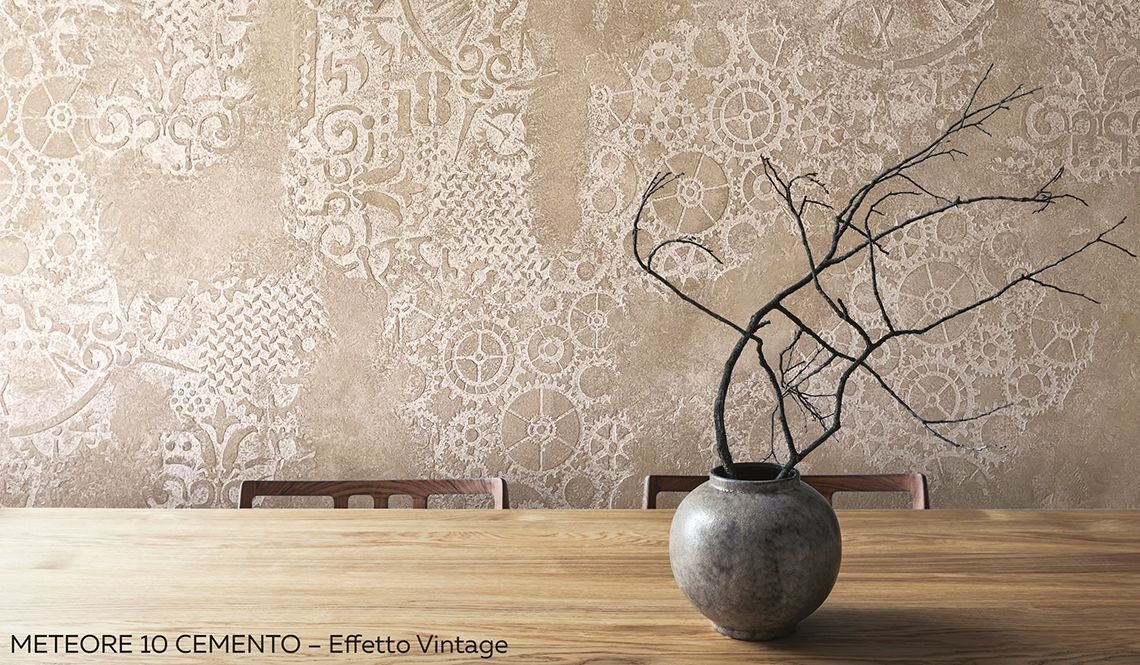 What is the stencil technique?

A stencil is a sheet of material with patterns or letters cut out of it to which paint is applied in order to create an image on the space behind. The word “stencil” actually means “mould”, and it effectively encapsulates this technique. 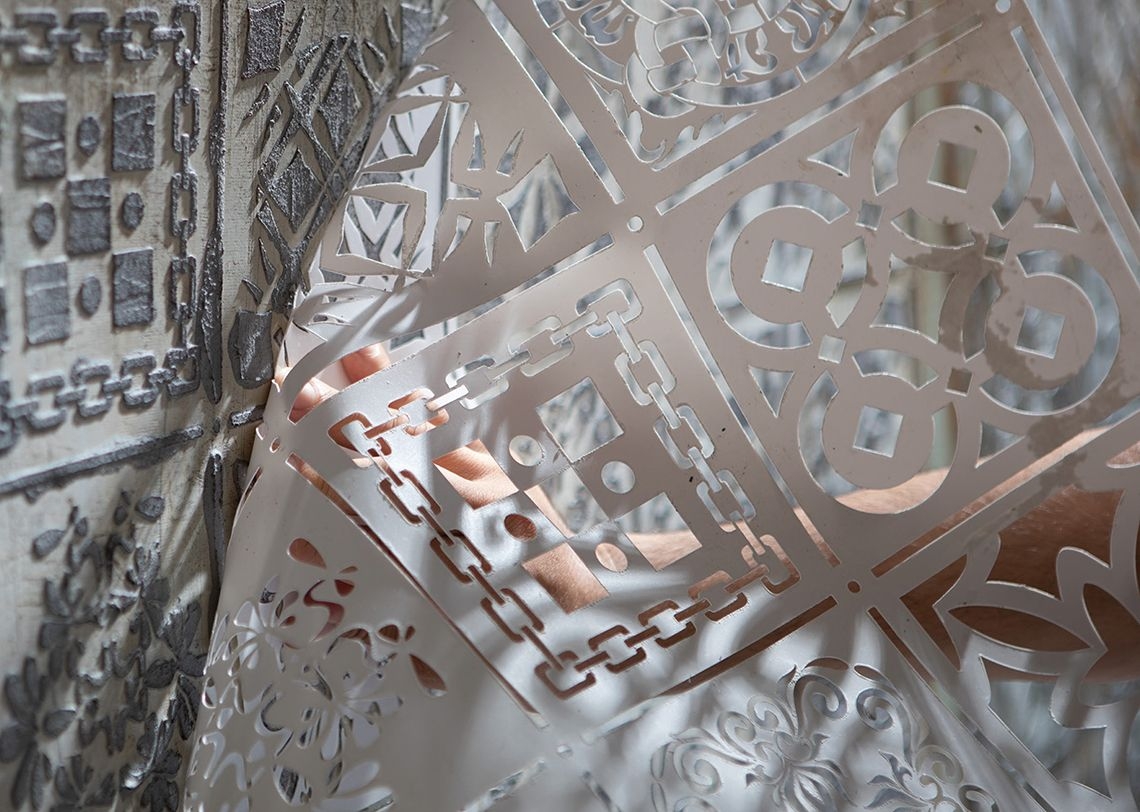 How do you use stencils on a wall?

More complex stencil designs require several sheets and require dexterity on the part of the decorator, who can transform the design into a real work of art.

What paint should you use with stencils? METEORE 10 CEMENTO - Vintage Effect by VALPAINT

Using VALPAINT's METEORE 10 CEMENTO – Vintage Effect collection with decorative stencilling, you can reproduce the effect of cement along with different images and textures.

Wall stencils become a way of enhancing that sense of imperfect, unfinished, that lived-in effect, giving the surface an innovative feel that speaks of the past in a modern language.

This can be done by using textured effects to bring out that aged appearance, reminiscent of historic Renaissance stucco work. 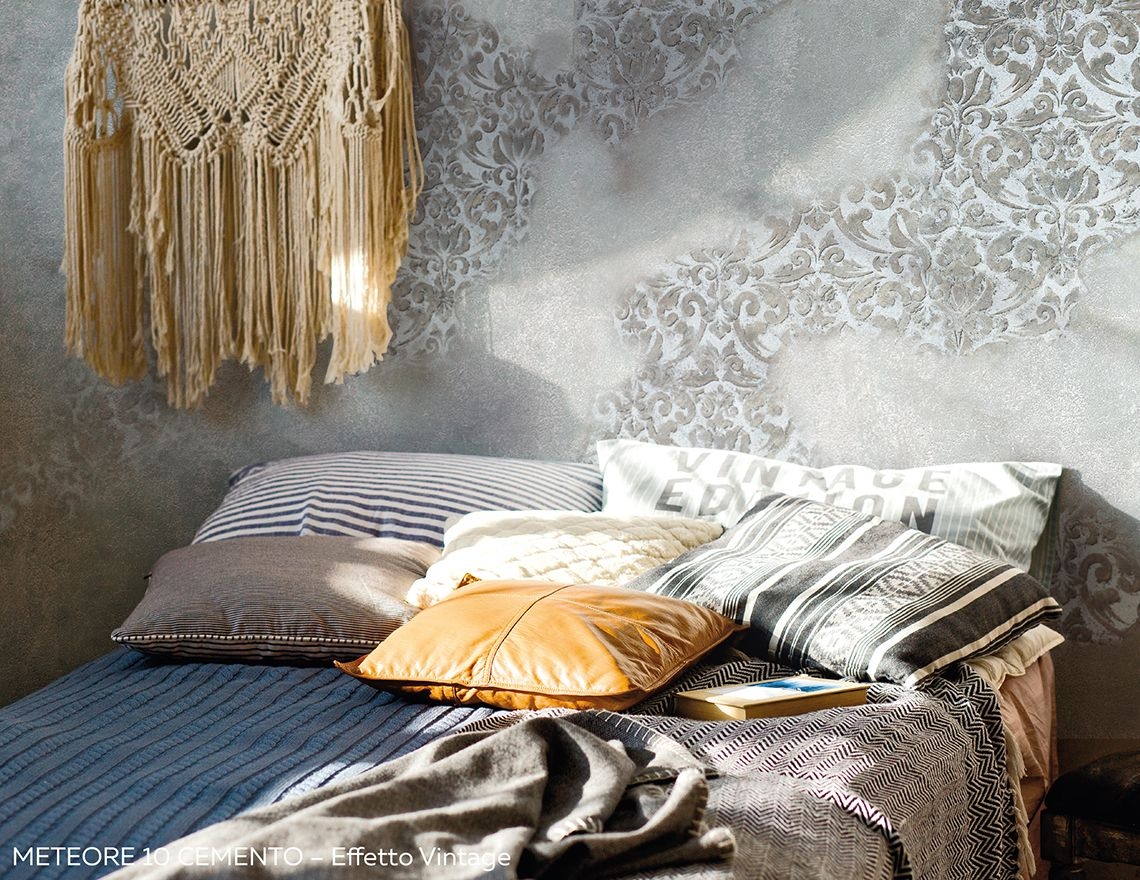 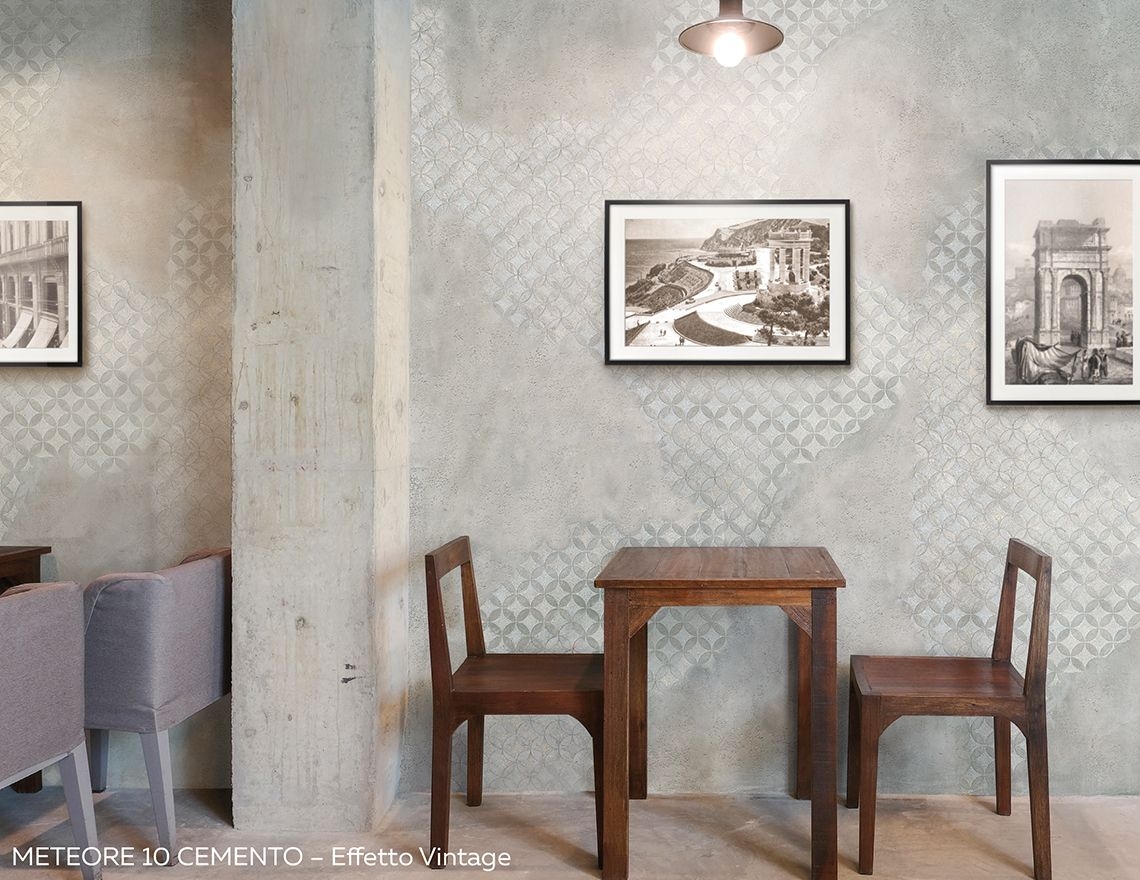 VALPAINT’s new STENCIL PICTUS collection has been created as a medium to allow walls to be decorated according to a specific design. Made from different materials, it can be used either with textured decor to add tactile properties to the surface or as a mould to design textures on surfaces.

From the stunning compositions of acanthus leaves found in Renaissance villas to the wonderful damask wallpapers of old country houses, with Stencil Pictus, you can recreate these designs in a neoclassical or modern style that blend in perfectly with contemporary furnishing styles.

Wall stencils become tools to highlight a contemporary style that looks tenderly to history for inspiration. 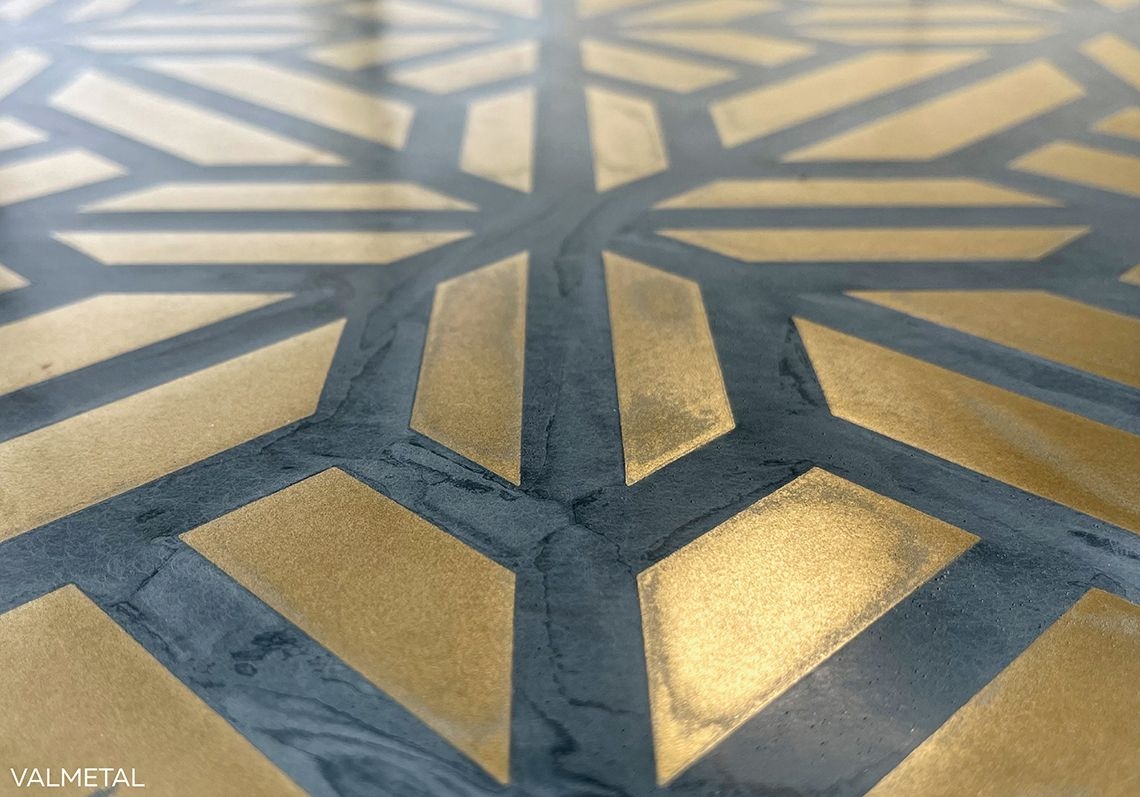 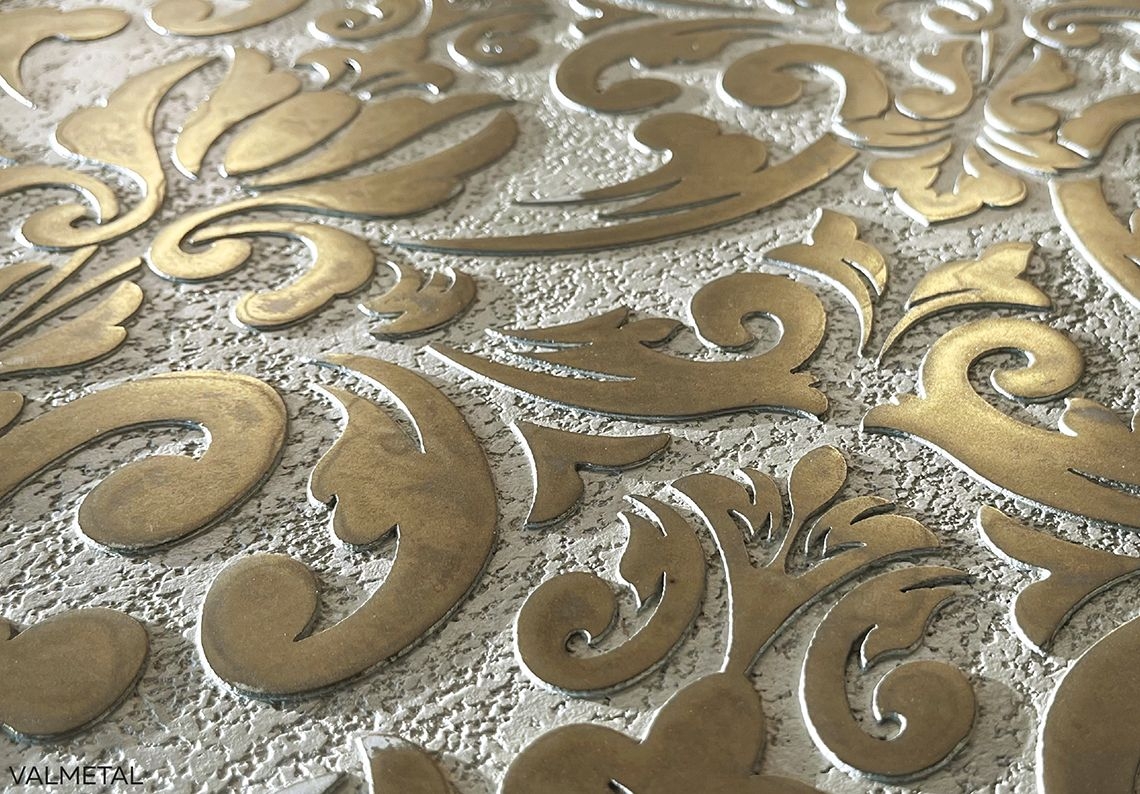