Nestling in the historical centre of Jesi, located in the province of Ancona and part of the inland Marche region, this delightful dwelling is no less than a “window overlooking history”.
It is called Lo Svevo (meaning the Swabian) and it exudes grandeur, elegance and discretion from every pore. This magnificent dwelling is much like a treasure chest which closely and jealously guards an unbroken bond with the past and the historical roots that the town of Jesi has always been so proud of.
Lo Svevo rises inside Palazzo Ghislieri right in the historical city centre and the immediate vicinity of the intersection between the Roman Cardo and Decumanus. Urban planning in Roman cities hinged on these two main axes; subsequently, they would form the basis for medieval civilisation whose architectural influence is clearly visible today in the town centre.
It is interesting to note that the Palazzo was built at the behest of Gregorio Ghislieri and set on the foundations of a previous fortified building from Medieval times of which a small tower still survives - another instance of the legacy from the past.

Lo Svevo: much more than a hotel

The building complex affords a view over a small square running along Via Pergolesi situated opposite the Palazzo della Signoria and extends along via Del Fortino until it reaches the ancient Western ramparts.
It is packed with details that draw the eye and enrapture the mind. Here are just some:
• the double row of stone-framed windows with a strong Renaissance feel and the interior architraved aedicule-style portal;
• the seventeenth-century wall with its portal and the distinctive baroque windows which form a dramatic partition between the small square in front and the building's interior courtyard;
• the countless historical symbols which bear witness to the immense heritage contained in the complex:
◦ the two coats of arms in masonry representing Bishop Thomas and his brother Giovanni (both date back to about the 1500s);
◦ the ancient stairway running from the courtyard to the travertine portal built in 1492;
◦ the windows which command a view of Federico II di Svevia square, named in honour of the great emperor Frederick II who was born in Jesi in 1194.

Another boast of Lo Svevo is its strategic position which means that guests can reach the tourist attractions and sites of great historic interest in the city in only a few minutes: Piazza della Repubblica where the ancient Pergolesi theatre is located, the Moriconi Theatre which is to be found directly in Federico II square, the Cathedral of San Settimio, the City Walls at Piazza Baccio Pontelli with the unforgettable sight of the Great Tower of Mezzogiorno, the Clementino Arch, a legendary gateway to the city and the Church of St Mark, a true gem of Gothic architecture.

The restoration work on Lo Svevo

All the above evidences the strength of the city's indelible bond with its past. Indeed, Jesi bristles with history and there are signs of its immense culture wherever you look. One characteristic that all the local inhabitants share is a sense of belonging and a determination to cherish their city’s traditions and keep its heritage alive.
This will explain why the restoration work on this ancient building had to revolve around this important bond. The recent refurbishing project is a demonstration of this people's sincere and unconditional love of the past. Because even though substantial work was done in building terms, it is as if a feather duster has done little more than gently remove the dust of the ages.
A feeling of belonging and an acute sensitivity to an edifice of such symbolic importance clearly transpire and lead one to think that the customer asked history for its permission to proceed and that the workmen trod lightly as they toiled to give back its lustre.
Attention to detail and immense respect for places and historic heritage have achieved remarkable results - not only has a precious building been allowed to retain its original glory, but the soul and spirit that inhabit this historical city have been left perfectly intact.

The time and energy devoted to this refurbishment project was not confined to the historical elements, but also extended to the finishes necessary to achieve a harmonious whole.
Careful consideration was given not only to the furnishing accessories (which are crucial for any setting) but also to the walls. Indeed, what went on the walls was afforded considerable thought. It was important for the wall coatings not to overwhelm because the highlight was on the historical content, but at the same time hitting the right note in terms of stylishness and elegance was of the essence.
VALPAINT placed its skills, knowledge, wide experience and local roots at the customer's disposal and proposed a series of solutions which perfectly married the approach characterising the refurbishment of Lo Svevo.
After a thorough analysis of the available options (a vast spectrum of decorative wall paints), the final choice fell upon one of VALPAINT’s most sophisticated decorative paints of all: Valrenna.

VALPAINT’s Valrenna is no mere decorative paint, it is the epitome of elegance. The refinement of the choice is not only evident from the various colour nuances, but emerges from its texture which makes for subtly beautiful and invitingly soft surfaces (if you want to find out more about the features of this wall coating, please read Modern interior paints: how to paint the walls of your home using new colours).
The shade chosen to complete Lo Svevo’s interior décor was an invitingly warm and delicate hue which instantly enhanced an already elegant setting.
The refinement of the objects (understated and never overdone) and the curated details of the work done were a perfect match to our Valrenna decorative paint which blended effortlessly into these alluringly elegant surrounds.
But there is another secret. The loving hands of the skilled decorator also played an essential part in the process. Product knowledge, an obsession with details and absolute determination to leave nothing to chance all contributed to the superlative restoration work that we can admire today.

To be ignorant of what happened before you were born is to remain a child forever. If no use is made of the labours of the past, the world must remain always in the infancy of knowledge.
(Marcus Tullius Cicero) 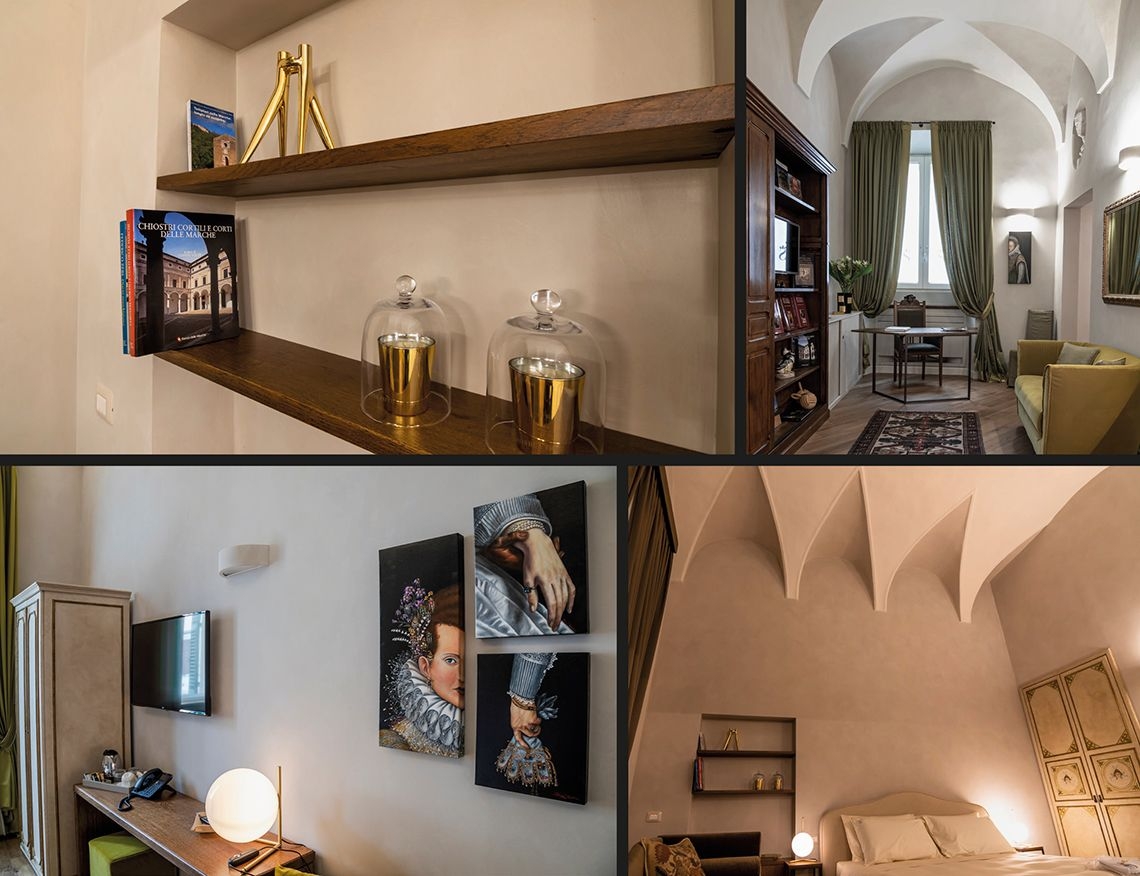